All doctors at this clinic are booked 45 days out; directly attributed to our campaigns. 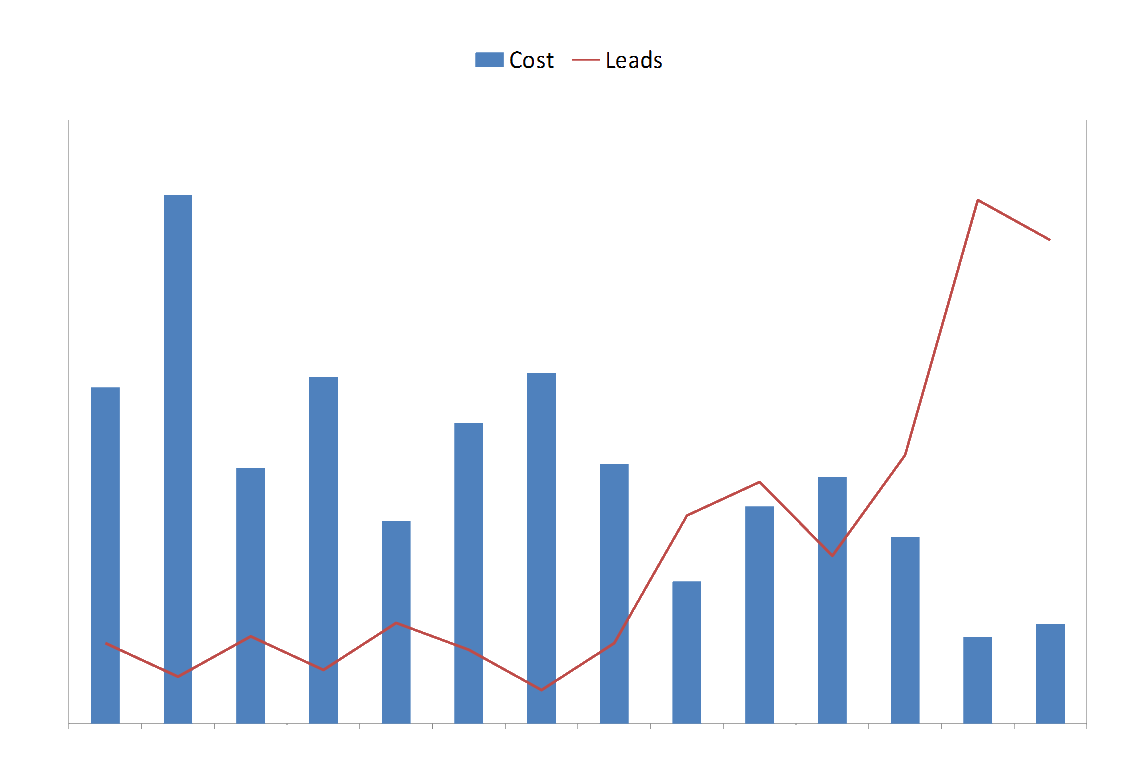 Decreasing costs while increasing leads? Doesn't get any better than that!

Medical client focused in treating back pain via a variety of treatment methods. The lead orthopedic surgeon had recently parted ways with his previous partners, and was building a new practice from the ground up in a very competitive market. Thus, he needed clients as quick as possible, at a reasonable cost-per-lead.

There were successive goal requirements assigned to us over time.

1) The client needed to reach the public fast.

2) A cost-per-lead goal given to us that was considerably more ambitious than what they had previously been been acquired at; $300/lead.

To implement the initial strategy, RankHammer began with broad terms in a targeted geographic area to net cast the widest net in terms of traffic. At this point in time, we were capturing conversions lead capture forms.

Once the initial goals were met, the client continued pushing for an increasingly higher budget with greater emphasis on profitable keywords, and to expand the account with targeted ads in secondary markets. The cost-per-lead fluctuated significantly during the continued expansion. (The client noted the costs on the reports and set a goal to get to $300/lead). After accepting our request to implement more sophisticated tracking elements, the new conversion metrics in Analytics and AdWords were more accurately attributing leads across channels.

Our initial strategy to obtain leads quickly was successful. To fulfill the secondary strategy of decreasing the cost-per-lead, we began focusing on the most profitable keywords and the most profitable geographic markets. Upgraded analytics tracking was implemented concurrently with a laser focused paid marketing strategy. The upgraded tracking was finalized mid-October. As the campaign was optimized, the Cost-per-Lead dropped substantially, while the total number of reported leads skyrocketed.